All around Geek Dad.
Passionate about my Family, Entrepreneurship, Creativity, Innovation & the Policy that Impacts them.
Enthusiastic about Cars & EVs, Space & Sci-fi.
Let's Setup a Time to Talk

UNIVERSITY OF AKRON SCHOOL OF LAW  1998 - 2001
JD, focus on Copyright and Telecommunications

I run a project called Creators' Freedom with the mission to empower creators to take control of their small business by leveraging their creative spark and today's technology. Since 2010, the project has worked directly with creators though entrepreneurial workshops and one-on-one case studies.

I come to the creative industry from an innovation-policy perspective. Over my nearly 20 year career, including more than a decade in Washington, DC, working for two U.S. Senators, one Administration, and a public advocacy organization that I helped grow into a thought leader, I focused on copyright and the technical and social impacts of technology mandates.

In the ongoing competition-in-telecommunications debates,I worked to introduce pro-net neutrality legislation and defend against discriminatory broadband practices. Campaigns I've produced included widely distributed issue viral videos that break-down complicated policy concepts and other content that became "Internet memes" recognized by The Wall Street Journal, The New York Times, Moyers on America, and multiple episodes of The Daily Show. A pivotal Commerce Committee hearing was dubbed the "iPhone hearing" because Ranking Member Ed Markey held up my own personal iPhone up as a prop to emphasize innovation needed in telecommunications.

Empowering Creators to Take Control of Their Own Small Business by Leveraging Their Core Skillset — Creativity.

Creators’ Freedom Project envisions a world where creators maintain control of the business of their art. Creativity is a business skill set for creators to use to their advantage. CFP wants creators to think about their business as creatively as they think about their art—to adopt their own business model and maintain the power to choose what they need versus having others choose it for them. CFP also believes that by focusing on building a proven culture of income generation for creators, it also strengthens the immediate community in which they are located (i.e., family, colleagues, and neighbors/ businesses within residential community) and the broader ecosystem of allies and advocates committed to creating the environment in which artists can thrive (i.e., nonprofit organizations committed to this constituency, policymakers, and educational institutions supporting this profession).

CFP works directly with a select group of creators to develop case studies, speaks to associations of artists, and has hosted numerous hands-on educational workshops.

Developed and advocated for pro-consumer / creator / innovator policies on a number of specific issues grouped in two major areas: Intellectual Property and Telecommunications

Intellectual Property: Copyright: introduced and worked to promote legislation to challenge the extension of copyright terms; repeatedly defeated government tech mandates like anti-P2P technology policy, broadcast video and radio flag, analog hole protections schemes; promoted market competition through setting a hard deadline for the FCC digital TV transition and enforcing the CableCARD requirements of cable video providers; advocated for legal use of digitally- protected content via reform to the Digital Millennium Copyright Act; worked with independent film makers to successfully introduce legislative solutions for the orphan works issue—that allows legal use of copyrighted works when owners cannot be asked for permission; and advocated for the creation of visual registries for copyrighted works so that works and their owners can be matched.

Telecommunications: advocated to policy makers and educated the innovators and consumers on opportunities and level playing field that the Internet provides consumers / creators / service providers.  Worked in successful coalitions to promote pro-innovation legislation.  Produced content and videos widely distributed and written up in The Wall Street Journal and The New York Times.

Organized and managed coalitions of public interest and private industry around the specific issues to influence policy makers.

Participant on three roundtable discussions discussing innovation policy regarding (1) the legal framework for the creation of remixes; (2) the relevance and scope of the first sale doctrine in the digital environment; and (3) the appropriate calibration of statutory damages in the contexts of (i) individual file sharers and (ii) secondary liability for large-scale infringement .

EVENT: Without Their Permission Nashville

I hosted an evening with Reddit Cofounder Alexis Ohanian at the Nashville Entrepreneur Center. Event sold out in three hours, ticket donations to be made to a local Nashville Donors Choose project. Read the Tennessean coverage here. I presented at a one off event for creatives hosted by Kyle Baker at My Emma in Nashville.

“Your brainchild needs a playdate.”

“Start your year off right by getting real work done on your business & career. We're here to help you by giving great information and a space to work, so you can get on with your project, business and brand. Grab your laptop and head to downtown Nashville for a day; meet great people who are also building "a guy-and-a-laptop" businesses, and get real answers to your questions.

“Creator's Workday is an unconference for independent creators. It's different from other "make your dream a business" events because its focused on guided practice and coworking; not lectures and case studies. We won't just talk about what you "should" do, or even what others have done. We'll actually do it. Right there.” 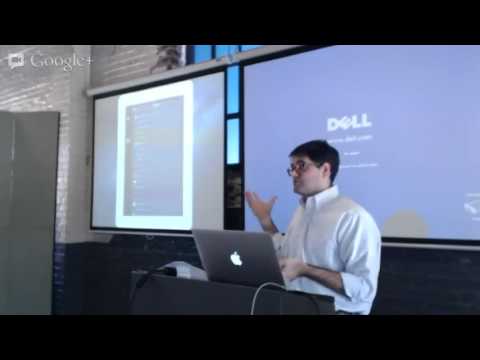 I presented at a fan-funding Rock Your Net workshop for musicians, following Benji Rogers of Pledge Music.

WORKSHOP: NSAI SongPosium — "Video Made a Net Superstar: How to Kill it on YouTube"

I co-hosted a workshop on how musicians should be leveraging Youtube to find new fans and revenue:

"You’ve seen it happen. One day someone is an unknown, the next day they get a gazillion hits on YouTube and become an Internet superstar. What is the secret? What makes a video go “viral?” How do you become the next Kina Grannis, Pomplamoose or Amanda Palmer?

"But more importantly how can you use online video to further your own musical and songwriting career. We’ll explore what made some YouTube music videos and artists “Blow Up.” Learn how to incorporate those successful techniques into your own videos."

WORKSHOP: NSAI Songposium — "The Songwriters Digital “Gig Bag”: What You Need On Stage to Go Online"

I co-hosted a workshop for musicians on tips and tricks they could use while gigging.

"Sure. You have your guitar, your keyboard, your capo and your lyrics. But what should you have in your gig bag the next time you go play a show so that you can leverage that live performance into an asset you can use to market your music online?

We’ll tell you about some must haves. Some are new fangled gadgets. Some are web sites you can login to for your show or co-writing sessions. Some are just old school tools. Finally, we’ll show you how you can turn your living room into an online “Bluebird Cafe” where everyone can come watch you perform. We encourage you to bring your laptops."

I hosted a workshop for songwriters and performers on how they should be using new media to discover and engage with fans.

"Alex Curtis of Creators Freedom Project and Charles Alexander of Outside The Box Music & Rock Your Net will show you how to leverage and optimize apps on your smartphone or mobile device to promote and extend the reach of your music related business. That includes YOU - artists, songwriters, musicians, publishers and labels.

And figure out how to:

Learn how to do all of the above "on the go."

On a day focussed on "traditional entrepreneurs," I hosted a panel discussion of local Nashville artists, discussing how creative people can be more entrepreneurial and make a living using today's technology.

A discussion of the SOPA legislation, where I had the privilege  to debate successful songwriter and former President of Nashville Songwriters Association International (NSAI) Steve Bogard, on maintaining an open Internet  for creators and innovators.

"How does innovation, an open internet and the creative economy move into the future together?

HOW CAN I HELP YOU?

Please drop me a line or Schedule a Time: 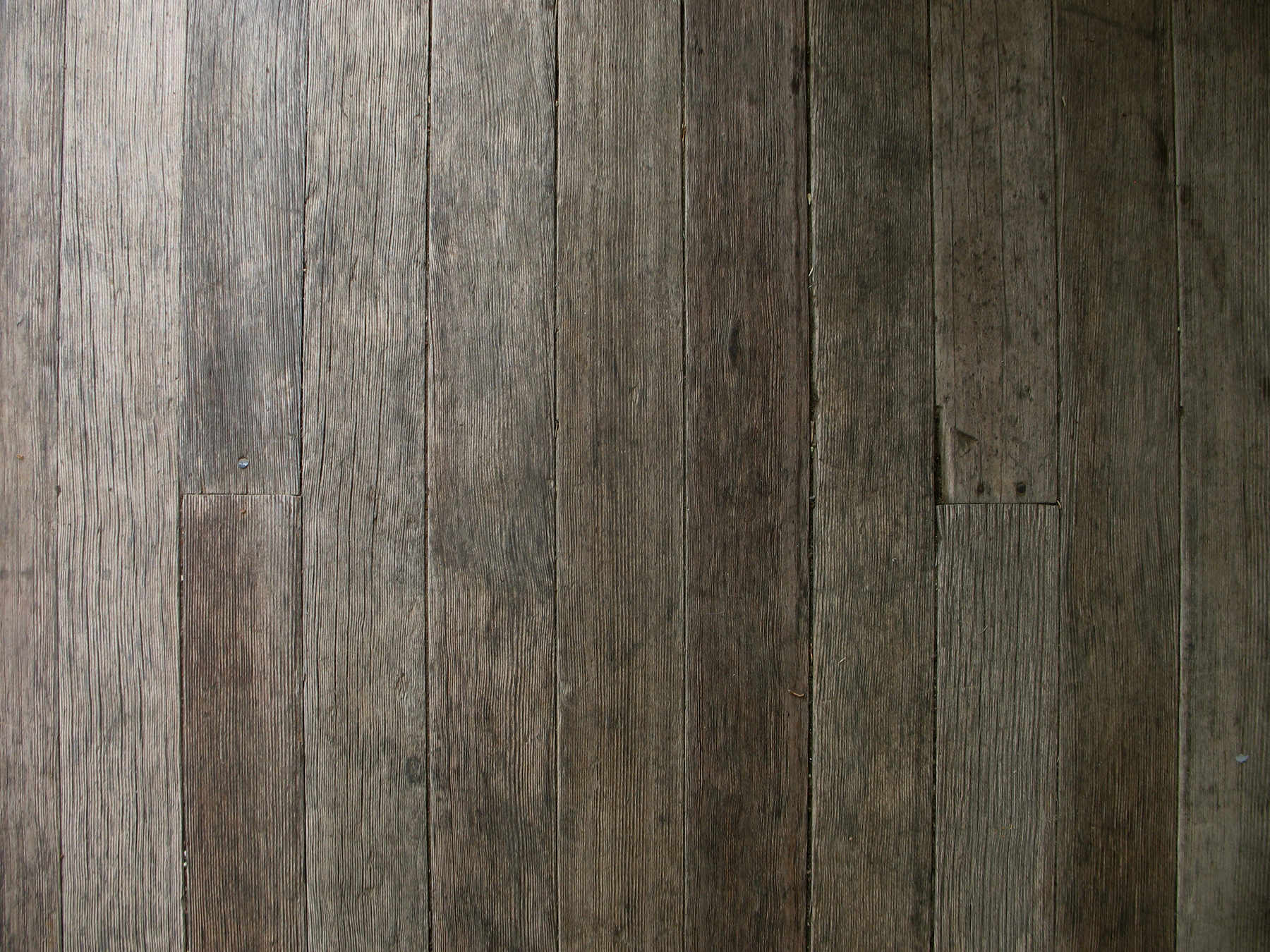